Developer seeks to increase density of apartment project in Miami-Dade

Developer seeks to increase density of apartment project in Miami-Dade

The original applicationin February for the 19.56-acre agricultural site at 26200 S.W. 137th Ave. called for 352 units. Since then, the county changed the zoning rules for the Naranja Community Urban Center, an area that includes this property, to allow for more density.

Bauer Parc South LLC, managed by veteran apartment developers Carlos Herreraand Maurice Cayon, filed a pre-application with county officials Oct. 10, seeking to build 468 apartments on the site. This would be accomplished by increasing the zoning category within the NCUC from R (18 units an acre) to RM (23 units an acre).

Berger Singerman attorney Javier L. Vazquez, who represents the developer in the application, said the plans for Bauer Parc South meet the county’s goal of encouraging more density within the NCUC and near the SMART public transit corridors. This property is about three blocks east of U.S. 1 and the South Dade Transitway, where county officials plan to build rapid bus transit.

“The incentives for higher density do not require the property to front the busway per se,” Vazquez said. “It refers to the whole area along the busway.”

Vazquez expects the application to go before the County Commission in February or March.

Bauer Parc South is part of a flurry of apartment development activity taking place in Naranja, which is relatively affordable, but far from the major employment centers in the urban core.

“We are seeing an incredible amount of movement [in Naranja] based on these incentives created by the county and transportation plans paving the way for residents to not necessarily have to get in their cars,” Vazquez said. 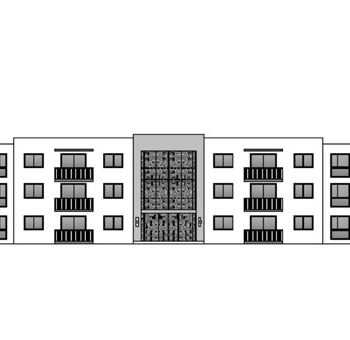